May is traditionally the month for cup finals, the FA Cup and Champions League to name but two. So it was great news to hear that the football team we sponsor have reached the Chester District Junior Football League Cup final.

Sports team sponsorship is one of the oldest forms of marketing, but you don’t have to spend millions to get involved. Shirt sponsorship of a local or junior football team is a great way to get your business noticed. We’re currently looking at more opportunities to sponsor sports teams and individuals, recently we’ve helped a junior jockey realised his ambition to ride in the Shetland Pony Grand National!

Newton AFC will play the final at Chester F.C. on Sunday 18th May against Ellesmere Port JFC. Eddison-Media have sponsored the Newton AFC kit via our football website RetroFootieShirts.co.uk for the past two seasons. The team have made real progress in that time by achieving their highest league finish this year, coupled with a great run in the Cheshire cup competition.

The match will be a tough test for Newton who have beaten Ellesmere Port only once before. However, this year looks like a good one for the underdogs, Athletico Madrid have just won the La Liga title and reached the Final of the Champions League. Lets hope that Newton can pull off a similar shock this weekend at the Swansway Stadium.

To celebrate the teams achievement in reaching the final we’ve splashed out on personalised polo shirts for each player. 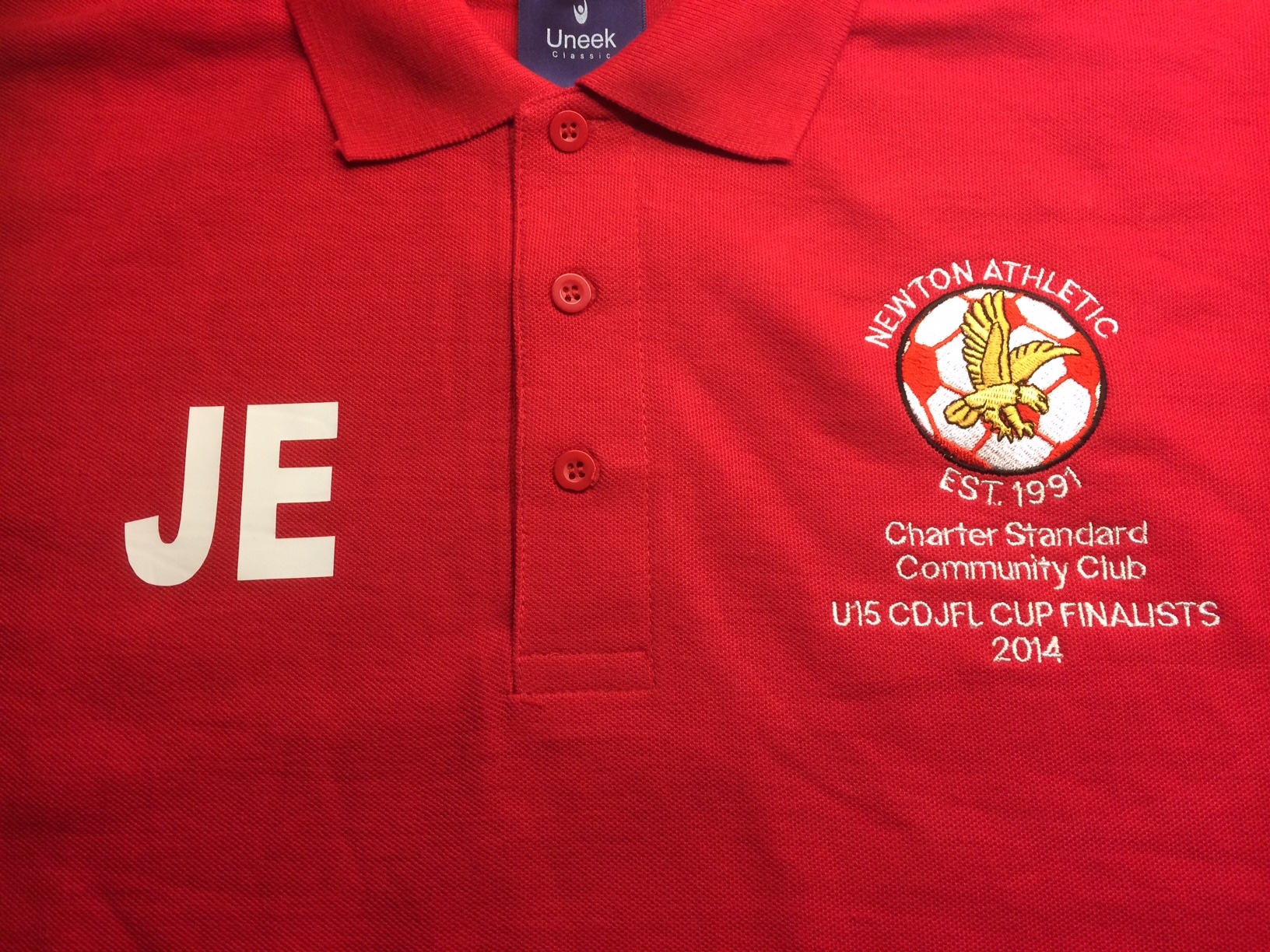 RetroFootieShirts.co.uk is dedicated to bringing you the best retro football shirts we can find online ~ All the shirts featured on the site are available to buy from various online shops. The site makes it easy to view all the shirts for you club or national team in one easy to use site.

All the most popular club shirts are here from the last 100 years. We don’t just show shirts from one supplier, we show you all the available shirts for your chosen team. Whether you’re looking for an England 1966 Shirt or a classic 70’s Arsenal shirts you can be sure you’re seeing the biggest collection of retro football shirts online.

We’d like to thank John from Kitbag for the generous prize, Burnley fan John was dismayed to find out the money will be ‘wasted’ on tickets to watch Manchester United at Old Trafford!

In 1967 Celtic became the first British team to lift the European Cup, the heroics of the Celtic players that night earned them the nickname ‘Lisbon Lions’. Remarkably all members of the team were born within 30 miles of Glasgow.

This remains Celtics best ever performance in the European cup, as such the 1967 team has a gained near mythical status among the clubs fans. Our site www.RetroFootieShirts.co.uk features two great replica retro shirts just like the ones worn that night by Wallace, McBride, Lennox and Chalmers.

We have recently started a google PPC campaign based on Celtics famous 1967 European cup success. If the campaign is successful we will roll out specific PPC ads for other teams big game shirts. Arsenal’s 1989 shirt worn at Anfield when winning the football league and Manchester United’s 1968 blue shirt worn at Wembley for the 1968 European Cup win.

One of our newest websites (www.retrofootieshirts.co.uk) has just been updated with new club shirts and we’ve applied some backend  tweaks to help visitors find the shirts more easily. Since launching we have been amazed by the level of actively the site enjoys, visitors are buying shirts everyday from our featured merchants (Toffs, Kitbag & Subside Sports) we hoped the site would do well but never expected the traffic levels and conversions to be this high this quickly.